3 Reasons To Shoot Your Next Video In Canada 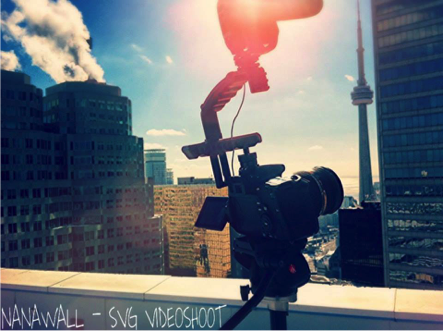 Canada is known for its blistering cold, igloo-filled landscapes and overuse of the word “eh”. In reality, Canada is much more than “the thing above America” or the go-to destination if you really want to see a beaver. Over the last few years, The Great White North has become home to one of the fastest growing forms of advertising today – content and video marketing. Believe it or not, the days of travelling to New York or Los Angeles to shoot a high-profile video may have finally come to an end.

The recent plunge of the Canadian dollar may have sent financial advisors and stockbrokers home to cry about their losses, but it’s been a blessing in disguise for service-based companies north of the border. Literally, the dollar has dropped as fast as Keller Zabel’s stock price in Wall Street 2.

For the first time in years, American companies with flat marketing budgets can count on a higher return on their investment if they choose to do business in Canada. With American exchange rates so high, it gives Canadian companies a little more dough to bake with, which can lead to extra video assets and a stronger campaign. With the exchange rate currently at 1.37%, you’ll get an extra 37 cents to every dollar you spend in the Canadian market (as of Feb 23/16).

It may seem a little obvious, but in case you’ve never opened a book, been on the Internet or viewed the default desktop backgrounds of Windows, Canada is known for its variety of breathtaking scenery. From the mountainous terrain in the west to the hilly farmland in the east, it’s easy to find exactly the landscape you’re looking for at a fraction of the price.

Many big name films and TV shows have opted to film in Canada to cut operational costs and sometimes a little more privacy. Box office hits “The Revenant” and “Deadpool” were filmed in northern Canada and Vancouver respectively, with the highly anticipated “Suicide Squad” slated for release this summer which was filmed in Toronto. The list continues with popular TV shows including Suits, police drama Flashpoint and Hannibal.

With gorgeous scenery come well-known landmarks, which can help to improve a brand’s awareness amongst its consumers. Even if you’re an American company, it’s likely you have some form of assets in Canada, whether it’s property, employees or consumers, there is an opportunity to connect and grow your business.

NanaWall, an advanced manufacturer of bifolding doors, used an upscale Toronto hotel to sell the benefits and beauty of its product, which blocks out sound while still allowing for a gorgeous view of the city. 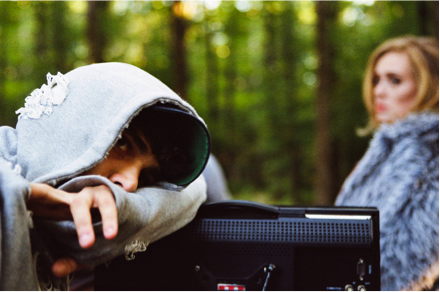 Canadian filmmakers often fly under the radar but the growth of film schools have helped create more than enough talent north of the border. Over the last few decades, schools in the Toronto area have built a powerful and relevant curriculum based on the needs of the industry to educate students in creative thinking and film techniques.

Film programs push out hundreds of talented and inspiring young minds from colleges and universities like Ryerson, York, Sheridan, Humber, Carleton, Brock, Confederation College and the Toronto Film School. These schools all help to fuel Canada’s largest media market with roughly 6 million inhabitants within Toronto and the surrounding metropolitan area.

Young talent is everywhere in Canada, but whether they’ll go on to direct movies at TIFF or become the next James Cameron or Dennis Villeneuve is yet to be determined. If you ask us, we’ve got our own team of talented directors, filmmakers and photographers talent at Signature Video Group, who can help your company develop, write and film your next video in The Great White North.