Five Not-So-Hidden Locations for Your Next Toronto Shoot

The phrase goes “Location, location, location”. What’s true in real estate is also true in video production. Whether it’s an epic skyline, a unique street vibe or an architecturally breathtaking backdrop, having the right location for your video shoot is paramount. The right location can provide context for an interview, elevate your visuals to a cinematic level and it’s a crucial part of you tell your story.

The great thing about living and shooting in a large city is the diversity of urban canvases at your disposal. Our home city of Toronto doesn’t have one “look”(in fact we’re often referred to as the “City of Neighbourhoods”). The architecture, the people, the businesses and the general vibe change every few blocks. It’s no wonder why major Hollywood movies often film in Toronto.

We’ve been creating video content in and around Toronto for almost a decade and have shot in nearly every nook and cranny of the city. There are a few key places that we always end up going back to. Here are five (not-so-secret) gems to shoot in Toronto.

Every photographer or cinematographer has at least one go-to sunrise spot. It’s usually a place where the view faces east and the vantage point stretches out for miles. For us, this place is the Strachan Avenue bridge, just East of Liberty Village. There’s a spot right in the middle of the bridge, directly over the train tracks that gives a beautiful look into where the Strachan Avenue bridge is a welcome change from the hustle and bustle of its surrounding West King West neighbourhood.

The advantage to being just south of King St is that it provides a straight-shooting view of the CN tower and the iconic Toronto skyline a perfectly centred sunrise. The train tracks leading to Union Station draw the eye right into the heart of the city. But, like any great sunrise, the right conditions are necessary. The perfect image takes the right day, the right amount of cloud cover and the sun breaking at just the right spot.

The best way to capture a great sunrise on video is to do a timelapse, which is exactly what we did in the opening shot of this brand film for Kipling Group. As an investment and property management firm based in Toronto, they take pride in the city and want to show that off.

To give yourself the best chance at capturing something beautiful, you have to be here early. You should be setup and ready to go just before the sun begins to rise. Just like an investment, the early bird gets the worm.

A part of the unique character of each city is its history. There’s no better place to take a trip back in time than Toronto’s Distillery District. More than 40 heritage buildings are packed into this 13 acre neighbourhood, each with its own story to tell. The cobblestone streets, gas lamp posts and the iconic “Gooderham and Worts” overpass make you feel like you’re back in 1870. The brown tones of the old brick and cobblestone, scattered with splashes of green from the well dispersed foliage make for a great colour palette to work against.

This is a great place to shoot if the story you want to tell deals with time. If, for example, you’re producing a piece about a long-standing business that’s been around for over a century, a place like the Distillery reflects that history and the reputation that comes with it.

We spent some time with Trent Kaniuga, a world-renowned concept artist, for a piece with Autodesk Sketchbook. Trent’s style of design takes inspiring from the steam punk movement, so we brought him to the Distillery in order to emulate the Victorian-era look to some of his work.

We finished this shoot with great food and cocktails at one of the areas great restaurants, El Catrin.

3. Riverdale Park and the Don Valley

This neighbourhood favourite was once a secret, but that’s no longer the case. On any given evening you’re bound to see amateur photographers and professionals with their tripods lining the top of the hill at Riverdale Park, waiting for the sun to set. This spot is ideal for sunset capture because not only does it face West, but the park’s hilltop entrance gives it an unobstructed view of the city skyline. As with the Strachan Avenue Bridge, this location is the perfect place for a timelapse of a blushing sky. You’ll often see people flying drones, but make sure you know the rules about flying before bringing out your own.

What’s more, the park backs on to the Don Valley. Tucked underneath the Bloor Viaduct and the subway overpass are lush and long trails for bikers and joggers. It’s a secluded and quiet place that’s great if you want to shoot a lot of action without being disturbed.

They call Toronto the “City of Neighbourhoods”. Walk a few blocks in any given direction, and you’ll notice a stark contrast as one neighbourhood blends into the next. The intersection of Chinatown and Kensington Market is a perfect example of that shift. Walking along Spadina, you have the pleasure of exploring Toronto’s Chinatown, which has been active since the 1870s. Wander a few blocks West to Kensington Market and you’re in a whole different world.

What we love so much about shooting in Kensington Market is the sensory overload of textures, sounds and eccentric sights. From a predominantly Jewish market in the early 20th century, to a refuge for Portuguese and Caribbean immigrants in the 1960s and 70s to the punk scene of the late 1970s and 80s, Kensington has picked up pieces of history along the way and held onto them. Today, old meets new as legacy businesses share the streets with vegan bakeries, vintage clothing stores and so much more.

In the summertime, the streets are lined with merchandise and crowds of people. There are colours everywhere, even in the back alleys which have been transformed by colourful murals and graffiti. The Market always has a story to tell, which is what makes it such a great backdrop for storytellers like us. 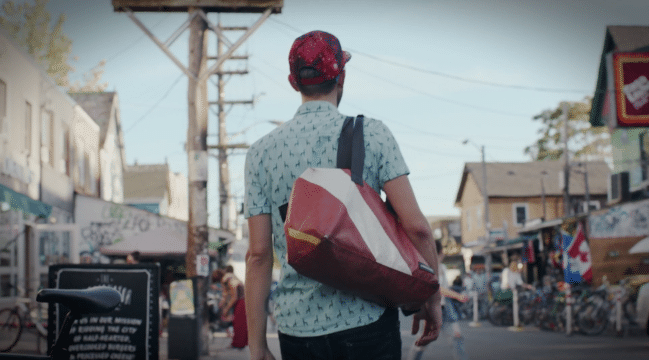 Changing locations can slow you down, but multiple locations adds production value to your content. That’s why a place like High Park is a blessing. You can capture quite a few unique and scenic looks in the 400 acres of park, gardens, ponds and recreational spaces.

One of our favourite spots is the Japanese Garden tucked away on a hill in the centre of the park. It features a series of footbridges over a stream, Japanese vegetation and beautiful low-hanging willows whose branches catch the light just so. It’s the perfect place to shoot if you want a lush, forest-like backdrop but don’t want to leave the city.

If you take a stroll down the hill a few metres, you’ll come to Grenadier Pond. The pond straddles the Western edge of the park, so if you find the right spot and your timing is right, this can be a great place to capture a hazy summer sunset.

Because this is a public park, make sure to get permission from the City of Toronto before shooting. This can usually be obtained within a week after supplying relevant information about the shoot and crew. 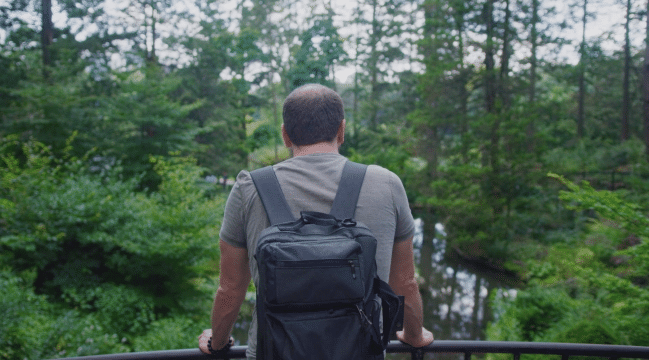 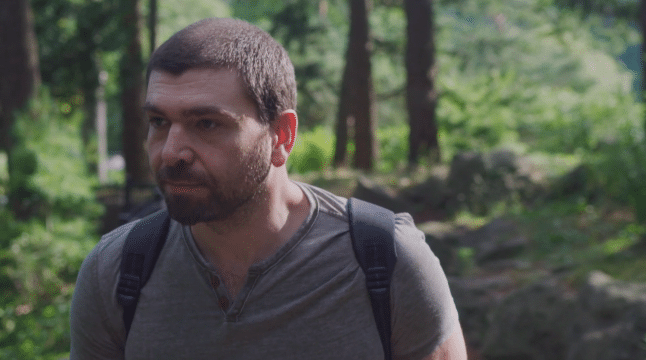 While this location is a bit out of the way, it’s a spot you don’t want to miss. It’s home to scenic trails, wide open park space and great views looking into the city. Because it’s on the South-Western edge of the city, looking East, you get a unique view of the Toronto skyline. This is a great spot for capturing a sunrise over the city. To do this, you’ll want to make sure to be shooting on a long lens that will compress the image to fill more of the frame. Otherwise, you’ll end up with a fairly wide frame with less of the landscape filling it.

It’s also a great spot if you’re shooting any furry friends. We took our production dachshund Frankie out for an adventure, equipped with a GoPro. It was Fall when we shot this, and the park’s falling leaves add another layer of colour and dimension to the setting.

As I’m sure you can imagine, we love our city and could easily make this list 20 points long. The point we’re trying to drive home is to get creative with your location. There’s no need to limit an interview to a quiet room, as long as you have the right equipment and crew to capture clean sound and picture. While the location plays a lead role, just remember the star should always be your storytelling.

Behind the Scenes in Colorado with Signature Video Group

Behind the Scenes in Colorado with Signature Video Group