Samsung recently unveiled their latest line of smartphones, the S20 series, hyping up the phone’s 8K video shooting capabilities. The company says they have partnered with Netflix to create original content shot on these phones.

While the play is a bit of an advertising gimmick, this news got us thinking about all of the great content already being shot on phones, and just how to do it right.

Here are our top 7 pieces of content shot on smart phones:

Our first pick is probably the most-high profile of the list. The dark comedy drama from director Sean Baker follows a transgender sex worker who, upon leaving jail, discovers that her boyfriend-slash-pimp has been cheating on her.

Its unique production process and the high quality that resulted made waves at the 2015 Sundance Film Festival where it debuted. The 90 minute film is shot entirely on three iPhone 5S cameras. At the time, the camera on this phone was probably the top of the market but measures in at only 1080p HD in terms of resolution and a less-than-ideal sensor. 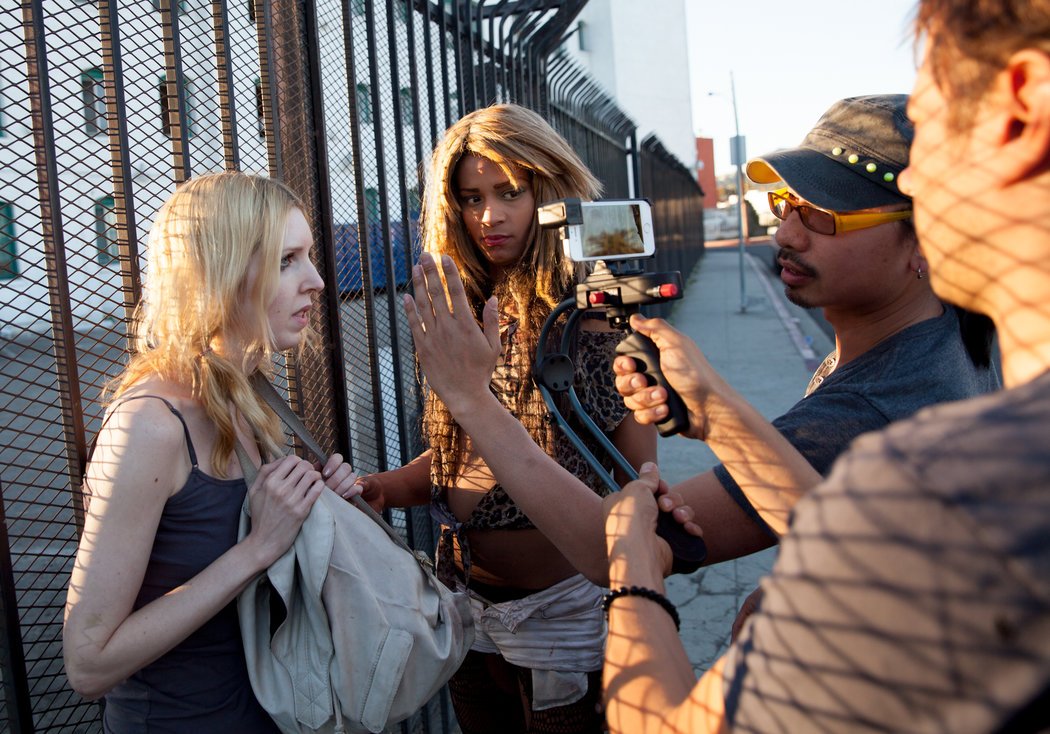 The most useful upgrade Baker credits is the Filmic Pro App, which gives you the technical control of a video camera and allows the user to adjust things like frame rate, audio levels, exposure and focus on phones that don’t typically have those options.

Baker’s kit of essentials also includes a Steadicam Smoothee to reduce operator jitter, an anamorphic adapter and a gamut of post-production tools to really make the footage sing.

If you loved Tangerine, be sure to check out The Florida Project, Baker’s follow up film (also shot on iPhone).

In 2015, Bentley launched the first of two short documentary films in a series called “Intelligent Details”. The 4 minute film follows two of Bentley’s top designers. It’s informational, but more so it is sexy.

Shot in entirely black and white, it’s smooth and luxurious looking just like the car itself, which makes it hard to believe it was shot entirely on an iPhone 5S.

Filmmaker Austin Reza took the allegiance to Apple products a step further, editing the entire piece on an iPad Air using only iPhoto and iMovie. The team was actually making video selects in the back of a Bentley on set during production.

Reza’s trade tools include a MoVI M5 gimbal, a BeastGrip Pro and an anamorphic adapter.

3. And Uneasy Lies The Mind

This feature length film predates Tangerine and is considered the first of its kind. The film debuted in 2014 and was shot entirely on an iPhone 5.

The psychological thriller follows a young man as his sanity unfolds at a luxurious winter retreat after having suffered severe head trauma. The creators wanted the image to reflect the character’s inner world. Grainy 16mm film was considered, but they decided the not-so-clear image of the iPhone was the perfect way to do this (and much more cost effective). 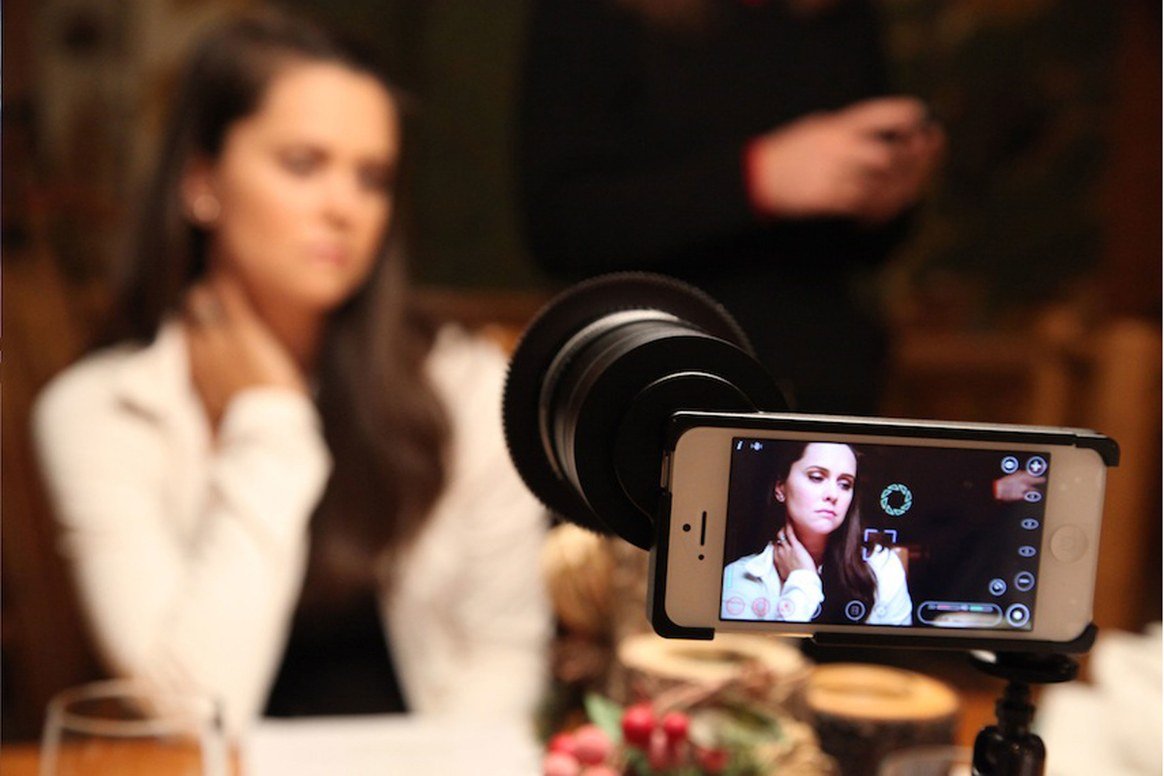 To gain the flexibility of shooting with cinema prime lenses, a Turltle Back lens adapter was mounted on the phone. The focusing screens of the adapter would collect hair, dirt and oil from skin throughout production which director Ricky Fosheim actually welcomed and attributes much of the film’s look to.

Director Ricky Fosheim cites his biggest challenge was that the battery died in no time when filming exterior scenes in the cold.

How do you make a snow ball fight epic? Bring out the director of John Wick to capture it. This past December, Apple released its newest “film”, Snow Brawl, directed by David Leitch.

Apple is no stranger to creating content on its phones, but as their technology progresses so does the polish of this content. The iPhone 11, used to shoot Snow Brawl, is a cut above when it comes to camera quality. 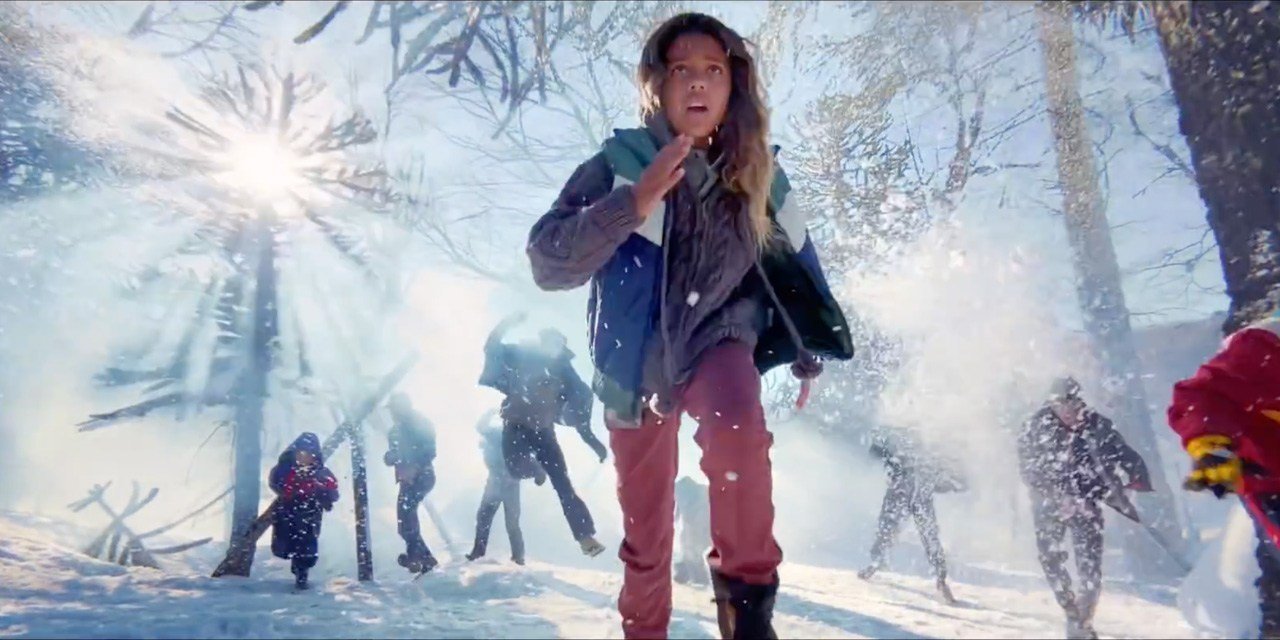 The most notable change is that these phones have 3 separate cameras built in, including an ultra-wide angle lens, a standard lens and a 2x telephoto lens.

While it appears that Leitch did not use any external lenses, he definitely had a fully stacked crew at his side, complete with an all-star lighting department. 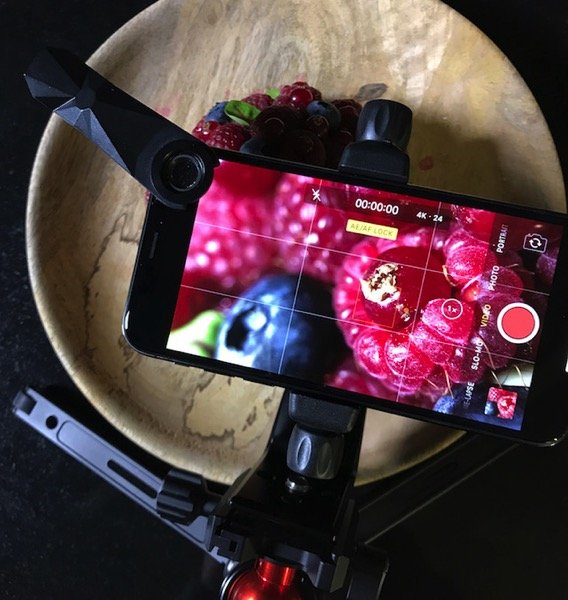 This next pick is for those who have binged every season of Chef’s Table and can name every Food Network competition judge.

Made in Paris is a short 3-minute portrait of Elise Lepinteur, a world famous pastry chef based in France.

Shortly after its 2017 release, iPhone X was put to use to film this cinematic foodie piece. This is the 3rd iPhone film shot by filmmakers Ryan Earl and Nick Arcivos.

The biggest win for this piece is the iPhone’s ability to pick up rich colour and cinematic light and shadow, proving that this camera’s dual 12 megapixel cameras have an impressive dynamic range.

A gimbal was used to keep the image steady, but there doesn’t seem to be a lens adapter used on this one.

6. No Love Like Yours - Edward Sharpe and the Magnetic Zeros

If you aren’t already familiar with the music of Edward Sharpe and the Magnetic Zeros, give them a listen. You’ll thank us later.

Actor / director Olivia Wilde also happens to be a pretty big fan, so much so that she offered to make them a music video, on one condition: It had to be shot on an iPhone. She’d originally pitched them the idea a few years before when the iPhone 4 was leading the market. When the iPhone 6S came out, its 4K capabilities and improved dynamic range inspired Wilde to take the plunge. 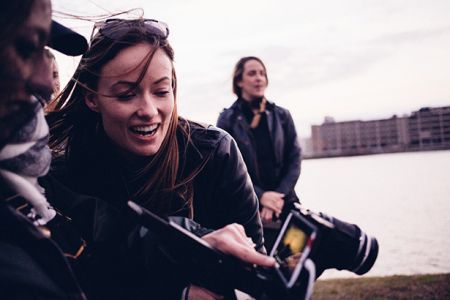 Cinematographer Reed Morano (known for HBO’s Vinyl) was skeptical at first. But Wilde quickly convinced her that this was a unique challenge; they were shooting it on an iPhone, but it had to look like is wasn’t.

The most important accessory for Morano was a depth-of-field adapter box that gave her the ability to get the shallow depth of field you’d expect from a pro camera. She also relied on a lens adapter to give her flexibility and a stabilization rig. “It was a Frankenstein rig”, she says. 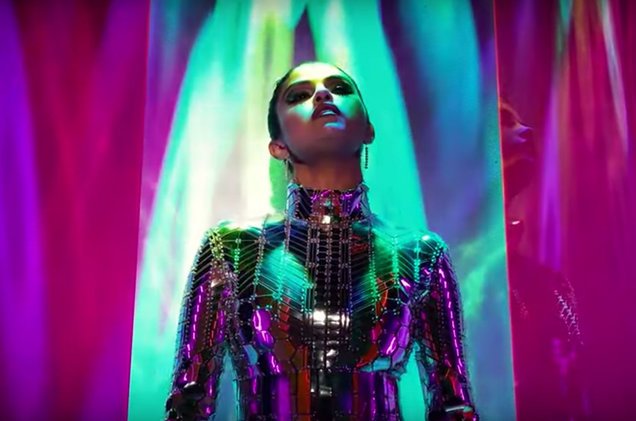 What can’t the iPhone 11 Pro do? The top-of-the-line smart phone is at it again, this time as the tool of choice for Selena Gomez’s latest single “Look at Her Now”. This followed swiftly behind her heartfelt “Lose you to Love Me” release, also shot on the smart phone.

This video stands out to us because of the diversity of the sets and the shooting style. It’s got the fluid gimbal motions of the dancers, but that’s paired with shaky “Selfie” footage of Gomez to camera.

What’s more, the video uses a number of more challenging lighting configurations, but the camera pulls through.

Based on the BTS film, it looks like the cinematographer had a pretty substantial rig complete with four phones presumably rolling at the same time.

These new and more accessible tools break down a ton of barriers to filmmaking. They’re cost effective, for one, and they’re less intimidating to operate and perform in front of.

When shooting for Edward Sharpe & The Magnetic Zeros, Reed Morano said she felt their non-actor performers seemed less intimidated by her iPhone rig and were able to interact with it more genuinely.

These pocket-sized tools are also great when you need to steal shots covertly, without calling attention to a golden-retriever-sized camera rig.

The moral of this story is that yes, phones these days have the potential to capture stunning images and the range of capable tools is ever growing.

Has Apple (and now Samsung) changed the video game forever? Indefinitely. Does this mean you can make a Sundance award winning film with your iPhone? Not necessarily.

It’s easy to forget that the tool is only one part of the equation. Hand someone a $300 paint brush and they won’t become Picasso. Hand Picasso a dollar store toddler’s paint brush, and you’d probably get something worth hanging on your wall.

One common theme across all of these projects is the talented, vetted professionals behind the camera(phone). These are established directors and cinematographers who are used to shooting on RED cameras, supported by an often large crew.

20 Movies That Every Entrepreneur Must Watch

20 Movies That Every Entrepreneur Must Watch